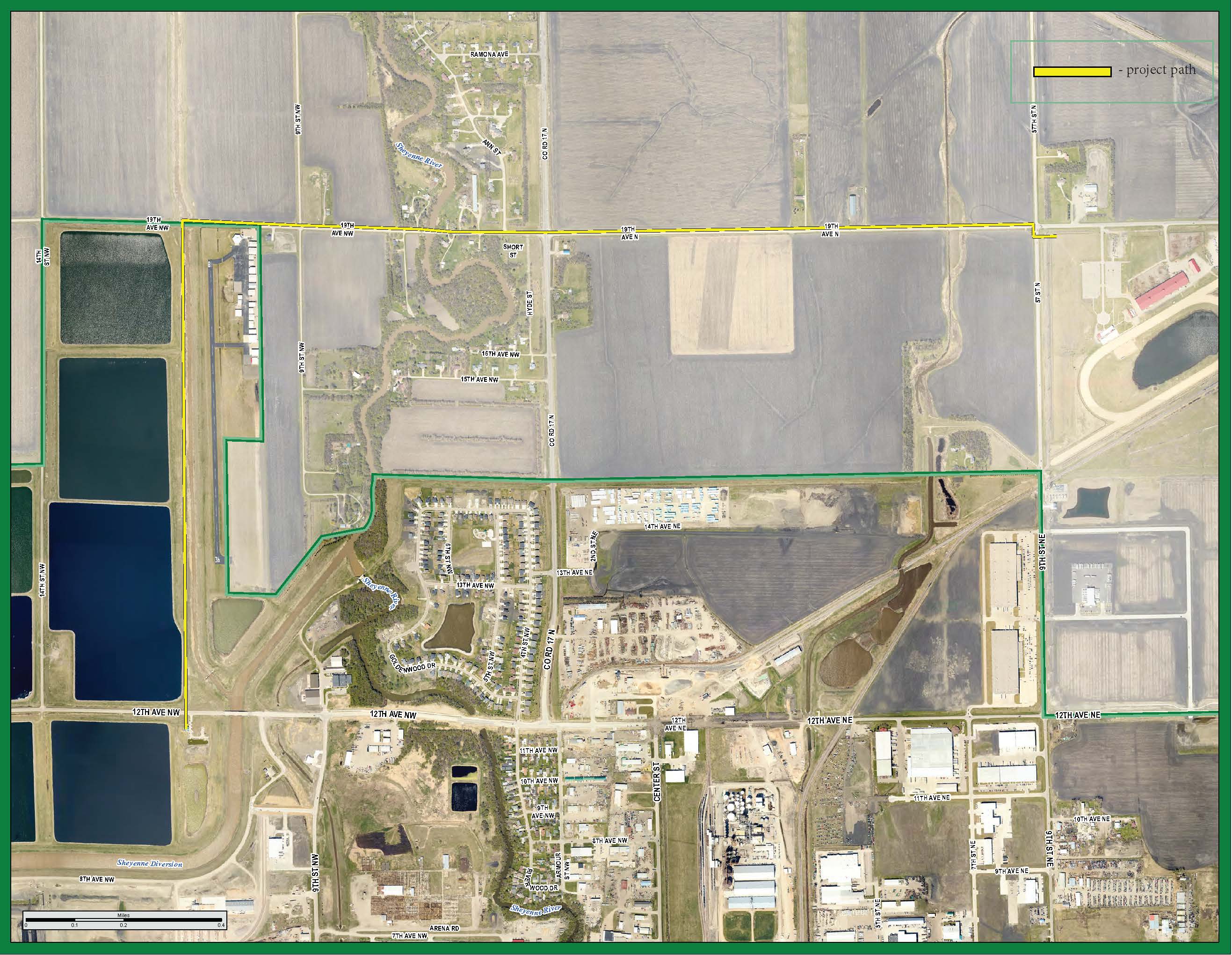 The City of West Fargo wastewater system currently consists of a series of ten lagoon cells covering 600 acres of land with 460 acres of actual treatment area (440 million gallons allowable storage volume). The lagoons are near hydraulic capacity and current organic loading grossly exceeds the capacity of the primary cells (pond #1 and #3). The deficiency in treating organic material magnifies operational issues such as odor, in which the city has seen an increase in complaints in recent years as the community has grown.

The City of West Fargo decided to address current and future capacity demands by coordinating an agreement with the City of Fargo. This agreement states that West Fargo can send 100% of their wastewater flow to Fargo providing the ability to decommission the existing lagoon system.

Based on the agreement, West Fargo is responsible to install a conveyance system  that will deliver its wastewater to a connection point at 19th Avenue N. and Ninth Street NE. Fargo will be installing the necessary collection and metering system to this location with a design capacity to accommodate West Fargo’s future demands, which are 6.5 million gallons per day (average) and 14 million gallons per day (peak).

The City of West Fargo needs to convey the flows from the Northside Regional Lift (SA40) to the connection point which is nearly 3 miles away (approximately 1 mile north and 2 miles east). The proposed project consists of a combination of force main and gravity pipe.

Following the connection to Fargo, the City of West Fargo will decommission the lagoons over time, which will reduce sewage odors.

Goal of completely decommissioning all lagoons by 2030